close
Save as PDF

How to Navigate Runaway Cloud
Costs in the Pandemic Recession 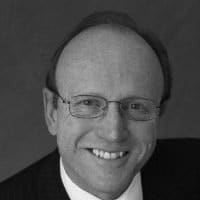 No readers will be surprised at the statement that most IT groups are feeling the pressure on costs, while a growing number are experiencing an unprecedented increase in sourcing their capacity from the cloud.  While this has proven to be a technically sound strategy, the ease with which Cloud services can be spun up and down is a double-edged sword.

Most organisations we have spoken with tend to find a lot more spinning up than spinning down.   No doubt some of this is intended, but more often than not, it is a lack of strong process in administering this ‘new world’ of sourcing that is leading to some ‘bill shock’.

At least within most organisations, the IT group has the oversight, if not total control of this, so some simple changes in process can and have seen a growing number of IT groups get in front to lead the Cloud wave and not simply play catch up.

So, what are these ‘best practice’ attributes?  Simple – seriously. Don’t over complicate things.  Recognise these items don’t look after themselves either.  So, you need to assign resources to gatekeep the commitments and billing.  The volume of raw data associated with the multitude of cloud vendors, the implications of tagging, the reconciliation and alignment of internal and external systems all point to one ‘truth’ – spreadsheets cannot manage this.

Systems exist to ingest cloud details, then align and direct costs to the appropriate consumer of the cloud service.  These systems, together with process and procedure tailored to each IT group’s capability and internal CMDB type tools will deliver control, and with that, more effective spend.

Of course, if the IT group finds the business spending their own money directly with Cloud vendors, and that is certainly happening, you can be sure that IT will be landed with the job of ‘cleaning up the mess’ once the business starts to see costs spiraling out of control.

Interestingly, the 1990s saw a similar scenario play out – where business went on spending sprees for desktop systems, leading to chaos in control and issues of service reliability.  Back then, Total Cost of Ownership (TCO) of the desktop platform became a benchmark used to reign in uncontrolled spending.

I’m not saying that will happen here with Cloud services, but there is certainly some fallout from having a mix of different technologies with differing standards providing core infrastructure for mission-critical business systems.

In October’s update, we will cover some of the options available to IT groups.