close
Save as PDF 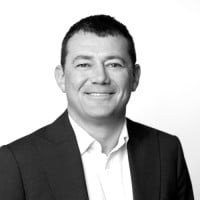 In the early months of 2001, Steve Middeldorp, a finance expert and entrepreneur, left Macquarie Bank to go out on his own, armed with a great idea. An idea that would materialise into a cutting edge, ITFM cost management software solution designed to improve IT satisfaction within businesses and drive transparency within IT functions, never seen before.

As Steve once said to a group of assembled business journalists, “ClearCost was established with a clear purpose, to reinvent the IT group as a provider of services to the wider organisation”.

This structure would allow a CIO to explain the operational output in financial terms, for both cost and value within a Total Cost of Ownership (TCO) model — a model that we’ve now grown to accept as an industry standard but was revolutionary at the time.

Initially focusing on the private sector, ClearCost quickly expanded to cover tertiary education and government as we found that we answered two key universal questions across any organisation:

As a start-up in the era of the dot-com expansion, the small ClearCost team knew that whilst the product was game changing for businesses, there needed to be a differentiating and compelling service proposition. This led to a strong focus on service delivery and customer support, which quickly became a leading contributor to establishing long-term client relationships.

The unique offering, and focus on service, drove ClearCost’s successes internationally. More and more businesses wanted ClearCost’s expertise in areas such as how to handle chargeback processes and support in talking value to the business.

The team quickly built on the initial foundational services, in 2007 developing a Utility and Capacity model through built-in Configuration Management Database (CMDB). With a customer-led approach and strong experience across sectors, ClearCost became intrinsic in the inner workings of client operations, from developing lease management capabilities through to service catalogue design.

Word spread of ClearCost’s benefit, with businesses engaging the team to identify TCO and strengthen ITFM capability. Whilst initially focusing on the IT side of organisations, it was quickly recognised that the same principles could apply outside of IT.

In 2013, ClearCost started assisting clients with their corporate services and business operations through a multi-model cascade that supported the delivery of IT to other shared customer services.

The overwhelming response from clients continued to drive the development of new ClearCost features. Partnering more closely with clients, enabled the identification of new models for cost streamlining.

In 2017, this led to the launch of a simplified database management offering followed quickly in 2018 by the Vendor Billing Module which included cloud consumption service allocation. By 2019, the internal service cross-charging and KPI metric-trending was launched to clients across various industry sectors and numerous local and state and federal government departments.

Building on these capabilities, last year (2020), ClearCost reached a new milestone for providing clients with support, with the introduction of ClearCost Analytics, a web delivered configurable dashboard that provides a holistic picture for IT teams.

The developments made to ClearCost are driven by the voice of the customer and the ClearCost team is proud to work so closely with industry and key clients to deliver relevant and contemporary solutions providing much-needed capability advancement to IT groups.

As we look back at ClearCost’s 20-year heritage, it is the ongoing commitment to innovation from our team, and the collaboration with our customers that has fuelled the ITFM focus for business both in ANZ and across the Region and has equipped customers to have better control over their financial management and be able to articulate cost, expenditure and value-for-money of IT investment in understandable terms.

As we look to the future, we see some interesting trends shaping the future of IT. IDC predicts 65% of the world’s GDP will be digitised by next year, Canalys estimates an incredible $60billion will be spent on cybersecurity as new threats and vulnerabilities emerge, while CIO highlights that 32% of CIOs across the globe are set to invest in cloud-based enterprise applications.

These trends will no doubt shape the future of ClearCost, as we continue to build on our product’s evolution with more analytical capability and greater ease of use to further bring down the barriers to IT having great business management — leveraging our breadth of experience to tackle tomorrow’s problems.

So, while we celebrate our 20-year heritage and the huge benefit ClearCost has made to its clients, we’re just as excited to share that over the coming months we’ll be releasing previews of the next phase for the evolution of ClearCost and its broadening application in IT cost management, planning and predictive outcome solutions.

Thank you for being part of the journey and we cannot wait to reveal what is coming next!